The difference between coaching and counselling

There is no real consensus about the difference between coaching and counselling because the line dividing the two is very thin, and everyone has their own interpretation.

Coaching has become a generally accepted concept in recent years. According to Wikipedia, the term ‘coach’ originated around 1830 at Oxford University, where it became a slang term for the work done by tutors. The word ‘coach’ is derived from the French ‘coche’ (‘coach’ as in ‘carriage’). Coaching actually does the same thing as a coach did in the old days: it takes you from where you are now to where you want to go.

Coaching has been an important form of guidance in top-class sport for decades. The term hardly used to be known outside this field. In sport, coaching stands for guiding athletes towards top performance. Individual physical and mental barriers had to be overcome, and existing talents stimulated and developed. When British racing driver Sir John Whitmore, someone with lifelong experience as a professional athlete, decided that this way of guiding people could also be of great value to business, coaching made its way into the world of management. Since the 1990s, coaching has really taken off and is being used not only in sports and management but also in other areas like occupational health and safety and absenteeism, healthcare and education. In the media/websites section at the end of this chapter, you will find a video and an interview with Sir John Whitmore.

We use the following definition of coaching:

’Coaching is a way of guiding people or teams in their development, based on an equal and secure relationship and with an agreed focus or goal. The person being coached is responsible for their own learning. The coach is a guide, supporting people on their path.’

The term counselling was coined by Carl Rogers.

Rogers described his views on “personality development” in numerous books and journal articles. The following propositions lie at the heart of his theory about human behaviour:

Carl Rogers’ definition of counselling is: client-centred therapy or person-centred therapy. In Rogerian therapy, the client has an active role in their treatment, and the counsellor works in a non-directive manner. Rogers started his counselling career with strictly non-directive interviews. During his career, he made some adjustments to his approach. (Kindersley, Dorling. The Psychology Book. Read: p. 130-137).

Counselling falls under the category of psycho-social professions and focuses on the interaction between human biology, the psyche and social environment. It aims to empower the client and focuses on action and change.

On page 137 of The Psychology Book, Roger’s view of person-centred therapy is described as: “… the therapist takes the role of a facilitator who helps the client find his or her own answers, based on the belief that the client knows himself best”.

On pages 7 and 8 of the Coaching Manual (Julie Star), coaching is described as:

The spelling of counselling

Counselling can be written with either a single or a double ‘L’. The Americans prefer to write counseling, the British counselling. How you write it does not really matter. We use the British spelling, so with a double ‘L’. 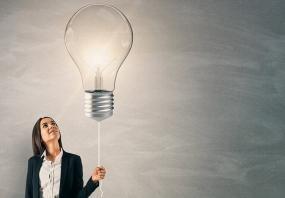 Last chance to register for the fall of 2020