The Academy for Coaching and Counselling celebrates its 25th anniversary! We are of course very proud of this. We would like to take you on a short journey through our history and tell you how we are currently doing.

How it all began

The ACC was founded in February 1996 on the basis of Carl R. Rogers humanistic vision. Rogers is the founder of ‘person-centred therapy’, a form of therapy that he developed in the 1940’s. In doing so, he steered away from the traditional therapy model, in which the therapist is the expert in relation to the patient/client. Instead, he introduced ‘counselling‘, a non-directive and empathic approach, giving the client an active role in his/her own therapeutic process.

From 1996 to 2018, thousands of students were trained under the ACC. Many of these students still hold a thriving practice as a coach/counsellor, and/or work as a teacher in the profession.

In 2018, the original founder of the ACC decided to hand over the baton. It was time for a breath of fresh air, led by a new owner. Sisters Marian and Paulien Kok took on this challenge with great enthusiasm and pleasure. In August 2018 the ACC changed ownership, in March 2019 the ACC was officially relaunched. With a completely new look and feel, but meanwhile retaining as much of the existing goodwill and knowledge as possible, and with a great respect for everything that has been established in the previous 23 years.

Since the relaunch of the ACC, our English programme offering consists of two years: an initial first year programme to learn the basic skills of a coach/counsellor, and a second year programme to improve coaching and counselling skills further and to specialise in a certain field of choice. Students can choose whether they want to follow the first year only, or both years consecutively.

Many achievements and developments to be very proud of!

In years to come, the ACC will continue its efforts to offer high-quality and recognized training courses, always at a competitive price.

Register for our Online Open House on Thursday 2 February 2023 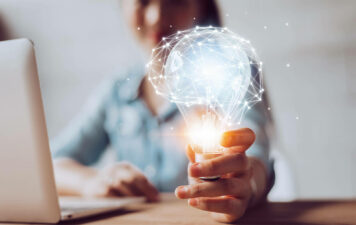 Register for our Online Open House on Thursday 2 February 2023